In the twilight of the 1960s, SF Bay Area amp repairman to the Stars, Randall Smith, was inspired to start building his own amplifiers after coming to a deep appreciation for the '50s Tweed circuits developed by Leo Fender. He loved their organic sounding voice, powerful controls and the way they smoothly transitioned from clean to clip and back again.

Standing on the shoulders of a giant, Smith's (and the World's) first venture into boutique guitar amplification resulted in a new Boogie® amp design inspired by that wonderful, timeless sounding preamp. Five Decades later we return to pay homage. Now, drawing on these 50 years of experience, Mesa/Boogie bring forward an exciting new realm of tweed-based performance and authentic 6V6 character. A beautifully simplistic design that raises the bar in the world of vintage tone. The NEW CALIFORNIA TWEED™ 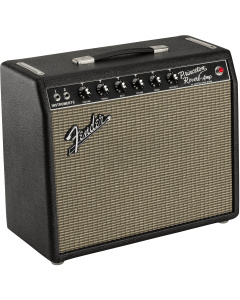